Queensland started the year with the news that the State Parliament had been dissolved and that a snap election would occur at the end of January. The election saw a change in government, with the ALP managing to form a minority government with the support of independent MP, Peter Wellington.

Many are wondering what impact the new government (and the influence of the Independent MP, Mr Wellington) will have on the property industry. A strong message needs to be sent by the new government to ensure business confidence isn’t further impacted. It’s acknowledged that the new government and ministry comprise of many new members, with a smaller number of ministers responsible for larger portfolios. Consequently, we anticipate it may take ministers longer to become fully acquainted with their new portfolios and associated issues.

Some of the known major policies of the new government include :

Intended changes to the planning and development legislation included:

On 6 January 2015 the Queensland Parliament was dissolved and as these Bills had not been passed, they automatically lapsed. These reforms may be reintroduced into the next Parliament, however policy positions on these issues under the new Queensland Labor Government are yet to be clarified. In our view, the continuation of planning reform continues to be critical to the Real Estate & Construction industry in Queensland, notwithstanding the change in government.

In 2013 the Queensland Government engaged Queensland University of Technology to conduct a review of Queensland’s property laws and community titles legislation. One of the papers that resulted from this review was the Queensland Government Property Law Review Options Paper – Body corporate governance issues: By-laws, debt recovery and scheme termination (the Paper), which was released in December 2014 and provided commentary on various body corporate governance issues, inviting submissions on these.

An important issue noted in the Paper was the need to reduce the onerous requirements to terminate strata schemes. This issue is of growing importance as, in the next 10-20 years, the number of strata scheme buildings that will reach the end of their economic life will increase. For many of these buildings, repairs and maintenance costs are relatively high, so it is easy to envisage that in a growing number of cases it will be more economically feasible and attractive to demolish and rebuild the buildings. In order to do this, the strata scheme must be terminated.

Currently in Queensland, a strata scheme may only be terminated by agreement without dissent of all registered proprietors and lessees of the scheme land, or if the District Court makes an order that it is just and equitable to do so in the circumstances. To date only one scheme has been terminated by the District Court in Queensland. The Paper identified various options to solve this problem including reducing the number of registered proprietors and lessees required to agree for termination, and providing legislative guidance on what are 'just and equitable circumstances’ to terminate a scheme.

Clearly, a balance needs to be struck between the views and interests of a majority of owners and an owner’s right to deal with their property as they wish, and this is a potentially perilous judgment that will need to be made if the recommendations in the Paper and by the Property Council of Australia are to be implemented.  If the recommendations are implemented, we expect these changes will be favourable to developers looking to re-purpose and regenerate these sites. 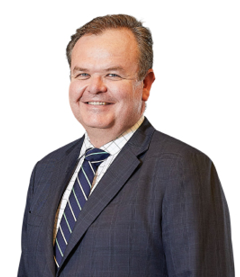