The Melbourne residential home market continues to show strength with house prices up 11.7% compared with 2013. More specifically, inner Melbourne increased by 11.7% for the year with middle Melbourne up by 13.2% and outer Melbourne at 8.9%.  Of interest, we are also seeing that within inner city Melbourne the value gap between residential properties with and without car spaces continues to increase.

Over the next three years it is expected that 40% of Melbourne's 45,000 new residences will be in the form of apartments, continuing the structural shift away from the traditional house and land packages. However, with Melbourne accounting for 45% of the nation's apartment construction, planning approvals requiring mixed-use developments – particularly ground floor retail – may need to be reconsidered as existing retail locations start to become vacant.

Melbourne’s office market remains vibrant despite the Melbourne CBD vacancy rate edging up slightly from 8.5% to 9.1% according to the Property Council of Australia’s Office Market Report released recently.  Notwithstanding, at the Property Council’s Outlook 2015 Conference, there were comments that the pendulum is swinging back to landlords with diminishing lease incentives on offer. But with new office buildings nearing completion in the west side of the CBD along with 700,000 square metres of potential new stock in the Docklands precinct, the lease incentive pendulum might quickly swing back again in favour of tenants.

Interestingly, land prices in the Melbourne CBD have stabilised in recent months.  However, this might change with the next round of land acquisitions. The north-west CBD overlooking Melbourne’s Flagstaff Gardens is the next precinct to watch out fo. With 98,000 square metres of vacant B grade office space this might be next for residential development as well as child care, education and student accommodation.

Victoria now has a majority Labor government in place on Spring Street which should provide some measure of political stability. The Property Council of Australia was glad to see the Planning portfolio once again enjoying a dedicated Minister. This will ensure that the industry’s top issues receive undivided attention.

The major political issue continues to be the new State Government’s commitment to walk away from the planned $2 billion East/ West link tunnel project.

In addition, with South Australia recently releasing a discussion paper on State Tax Reform, the pressure is now on the Victorian Government to follow suit to ensure that it maintains and builds upon its competitiveness in comparison to other states.

Victorian land tax notices are being issued by the State Revenue Office (SRO) and apply to land held at 31 December 2014 such as:

It is important that you critically review the land tax assessment on receipt as there is only 60 days from the date of issue in which to object to it. The following areas are examples of what to look out for:

Importantly, the SRO must also be notified within this 60 day timeframe if there are errors or omissions in the assessment that could increase the land tax liability. 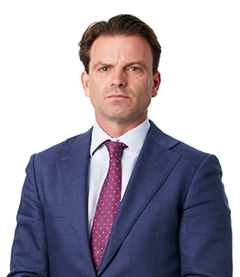