Last week Treasurer Troy Buswell’s State Budget announcements resulted in an anticipated surplus of $386 million for 2013-14 followed by a deficit of $147 million in the 2014-15 financial year which some have speculated may affect the State’s AAA credit rating.

Highlights from the State Budget released last week include:

The Budget includes a 12.5% increase in land tax rates across the board primarily affecting property investors, superannuation funds investing in property and commercial tenants. The new land tax scales are shown below.

Using a landholding with an unimproved value of $1 million as an example, land tax payable in Western Australia would rise from $630 to $700.

This measure is expected to raise $73 million in 2013-14 and total land tax revenue of $338 million over the four years to 2016-17. Despite the increase, land tax in Western Australia will remain significantly below that of other jurisdictions.

The majority of taxpayers will experience only a modest increase in their land tax bills as a result of this change. For around 80% of land tax payers, the increase will be no more than $70 per annum, with just over half expected to incur an increase of $30 or less per annum.

This increase in the exemption threshold is expected to benefit more than 16,000 employers at a cost of $121 million over four years.

On 15 May 2013, the Government announced that it was deferring the abolition of duty on non-real business assets (which was due to be abolished from 1 July 2013) until the cost of its abolition could be better accommodated in the State’s Budget.

The Parliament of Western Australia has since passed legislation to implement this measure. As a result, duty continues to be payable on the transfer of non-real business assets, which include goodwill, intellectual property and statutory business licences.

New South Wales, Queensland, South Australia and the Northern Territory have also announced the deferral of the abolition of this duty.

The Royalties for Regions program will now fund around $300 million for farming projects. In addition to agricultural projects, funding will also be allocated to regional community, health, education, training and infrastructure initiatives over the next five years.

Parents working in WA on 457 visas, will be forced to pay $4,000 a year for each child to attend a public school.

The number of dependents of 457 visa holders attending government schools has increased significantly from 290 in 2005 to 8,600 in 2013, imposing substantial pressure on the State’s education system. This measure will raise an estimated $17 million in 2013-14 and total revenue of $120 million over the next four years.

This new measure has sparked fears that those students may desert the public system in favor of private schools as the fee gap between the two systems narrows. This change has also raised concerns that international work talent will look for employment elsewhere due to these increased living costs. Businesses will also need to be aware of this change where they choose to fund these costs for their employees.

From 1 January 2014, private motor vehicle registration fees will be halved from $72 to $36. This concession is currently available to anyone who nominates that their vehicle is used solely for non-business purposes.

In spite of this measure, Western Australia will continue to have the lowest vehicle registration fees and compulsory third party premiums (combined) of any jurisdiction. This measure is estimated to save $21.2 million in 2013-14 and raise $155.3 million over the next four years.

Providing a higher First Home Owner Grant for new homes is expected to increase housing supply as first home buyers will have a greater incentive to build rather than purchase an established home.

These changes are intended to take effect from 15 September 2013.

The feed in tariff paid to households with solar panels will now remain at 40c per KW. 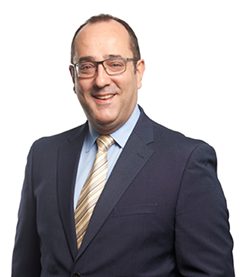