Grant Thornton welcomes the discussion paper and will strongly advocate the proposed concessions must extend to mid-size technology businesses that have the ability to further advance commercially viable innovation initiatives.

The legislation is targeting early stage innovators and investors which Grant Thornton believes a positive initiative to promote further innovation in Australia. Mid-sized businesses are some of the biggest contributors towards the technology industry in Australia and we would like these tax concessions extended to mid-sized businesses to encourage investment in the industry.

Australian mid-sized businesses across all sectors inject around $24.1 billion into the Australian economy and employ 3.7 million people, which is why these types of growth initiatives are encouraged. Mid-size technology businesses are at the fore of leading improvements to the Australian business community, creating new jobs and increased revenue along the way.

Following feedback on the discussion paper, Treasury has a view to having the proposed rules apply to shares issued in the 2016-17 income year and for new arrangements, apply from the date of Royal Assent of any amending legislation. 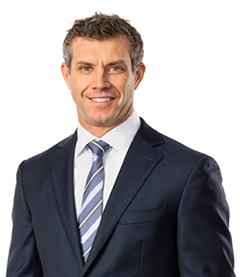