Housing affordability and infrastructure spending is at the top of the priority list for new NSW premier Gladys Berejiklian. She was quoted as looking to “go even harder” on building infrastructure — including school and hospital upgrades — declaring “the community wants to see their own backyard getting action”. Aside from a new Premier, a cabinet reshuffle controversially saw Anthony Roberts securing the planning portfolio, while Rob Stokes (PHD in planning law) shifted from planning to education. Given the public rhetoric on the importance of housing affordability, it was seen as a strange move by political commentators.

Since declaring housing affordability as the new Premier’s number one issue, the State Government has stated they are developing a package of reforms in response, to be presented in the next budget. In the meantime, Sydney domestic prices grew 2.6 % in February, taking annual growth to 18.4%- the highest since 2002.

There is also mounting pressure to remove Stamp Duty for all first home buyers. Currently, first home buyers are only exempt on new homes valued up to $550,000 (with concessions for houses between $550,000 and $650,000). Given the current housing values, only a small proportion of first home owners can qualify for this benefit.

Government research into planned residential development in the Sydney region suggests we are moving into the biggest ever period of residential construction. Data provided by the Sydney Housing Supply Forecast shows 185,000 new homes being built in the next five years. This is more than an 80% increase on the 100,650 dwellings constructed in the five years prior and a 265% increase on the 69,650 homes in the 2006-07 to 2010-11 periods.

The Parramatta area will get more housing than anywhere in Sydney with 21,450 dwellings.

Approval has been granted and work has commenced for twin tunnels that will begin in Chatswood, currently serviced by the North West Rail line. It will connect commuters via a rail tunnel under the Harbour to the CBD, Sydenham and Bankstown. There will be 16.5km of new rail, with seven new train stations to be located in: Crows Nest, North Sydney, Barangaroo, Martin Place, Pitt St, Central and Waterloo.

The Sydney Light Rail and WestConnex projects have both received negative press following the Auditor-General’s report into cost estimates, business cases and funding models. The two projects cost $2.1 and $16.8 billion (respectively), with the latter representing the largest transport project in Sydney since the Harbour Bridge.

Additionally, the Parramatta Light Rail is set to cost A$3.5 billion and not A$1 billion as originally budgeted. A report completed by the Gratton Institute has suggested that over the past 15 years, Australian Governments have spent $28 billion more on transport infrastructure than initially communicated to taxpayers. 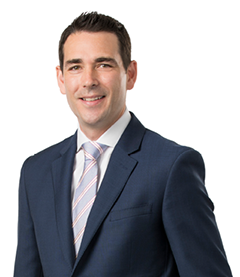