Creating opportunities for inclusion and helping to dissolve barriers

Started in 1968, Special Olympics is a world-wide movement and the largest sporting organisation for people with intellectual disabilities.

The organisation uses sport to open the hearts and minds of people and to change perceptions about people with intellectual disabilities.

Over the course of the year Special Olympics provides weekly training across a variety of different sports, monthly games, quarterly competitions and annual national competitions in addition to sending athletes to compete at World Games every four years.

As a Not-for-Profit organisation, they are reliant on corporate sponsorships, donations and volunteers to continue the work they do. Not only does the Special Olympics program provide sporting opportunities for people with intellectual disabilities – it provides a network of support and friendship for a community that has traditionally been marginalised and isolated.

Our Perth office has been involved with Special Olympics for many years – both as a corporate sponsor and as volunteers at various events.

In 2018 we welcomed Special Olympics as a national partner of The Grant Thornton Foundation and in 2019 we hosted our very first Mini Olympics in our Sydney office. Eighteen athletes competed against 40 accountants, auditors and advisors across various indoor disciplines including golf, soccer, cricket and bowling. It was an opportunity to learn more about each other while bonding over the great social barrier-breaker that is sport.

There will be more Mini Olympics hosted by our offices across Australia. Our support is as much about creating opportunities for inclusion as much at is about helping to fund their programs. 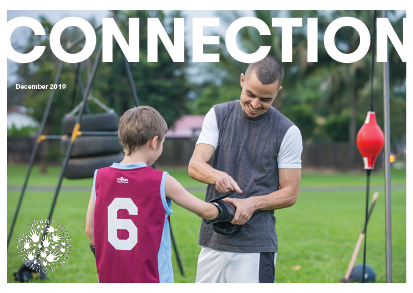 We often don’t recognise the value in an hour

I was introduced to Special Olympics 22 years ago in Boise, Idaho while still in school. I partnered up with a fellow classmate and joined the Buddy Program, participating side-by-side with Erica in an upcoming sporting competition. It was my first experience of a Special Olympics event and I was amazed by how completely inclusive the organisation is – regardless of ability or disability.

When I moved to Perth five and a half years ago, one of the first things I did was reach out to my local Special Olympics branch to get involved. From that day, I have become more and more involved in the organisations in many different ways, from providing grass-roots competition to organising State events to being a part of Team Australia at World Games 2019. One of my favourite moments – and there are many small moments that make Special Olympics rewarding – was during my time at the World Games held in Abu Dhabi this year.

One of the athletes that travelled with us is autistic and non-verbal due to anxiety. This young woman is incredibly shy. But once at the Games, and surrounded by the energy and comradery that is so endearing to Special Olympics, she came out of her shell and could not stop talking and telling jokes. I remember her photobombing not just the Australian athletes, but the athletes of many other countries as well. It was an absolute joy for her parents, and for the rest of Team Australia to see this young woman at her happiest and best.

Coming from the US program, I see so much scope and potential for Special Olympics to grow in Australia. What we sometimes don’t realise is the value of an hour, something so mundane to most of us. This one hour – whether spent handing out water at a sporting competition, organising donations for fundraising events, assisting in general bookkeeping or providing grass-roots support at weekly training – can mean the world to these athletes who would otherwise have no interaction with people outside of the organisation. More than that, this hour is greeted by people who are genuinely happy and excited to have you there. So, what if you don’t have an hour to spare? A small monthly donation can help to provide sporting equipment and venue hire to keep programs running throughout the year. Again, this small donation may seem so minor but when multiplied by many people over the course of the year can be the difference in keeping the program running.

I would encourage anyone to participate and support in any way they can. Every little bit helps and every hour is precious. 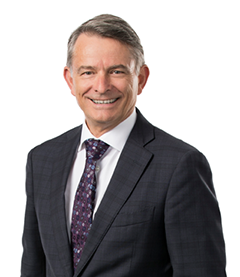