The Andrews Labor Government has made a submission to the Joint Standing Committee on Treaties (JSCOT) backing the Trans Pacific Partnership (TPP) after commissioning a first of its kind report to support its cause.

The report uses rigorous economic modelling to analyse the opportunities the trade deal would present for Victorian businesses.

Australia signed the revised deal, known as the TPP-11, in March and it is now being reviewed by the JSCOT before being put before both houses of Parliament.

Victorian Minister for Trade and Investment Philip Dalidakis made a submission detailing Victoria’s assessment of the TPP-11 as a positive step that will create greater export opportunities and economic growth for Victoria.

The Labor Government commissioned Grant Thornton Australia to provide detailed analysis of the commercial opportunities that TPP-11 will provide. Victoria is the only jurisdiction – state or federal – to assess the opportunities and challenges presented by the free trade agreement.

The analysis found that once implemented, the TPP-11 would provide greater access to goods than Australia’s existing free trade agreements.

The Labor Government is now calling on the Federal Government to undertake its own independent economic modelling and analysis to identify the costs and benefits for the public, the parliament and the community.

While a free trade agreement will not benefit all sectors equally, no sector or business should be worse off as a result. We know that responsible analysis and transparent communication with the community will build the trust and consensus to make this possible.

The withdrawal of the United States presents opportunities for Australian agricultural exporters selling into markets like Japan and Vietnam, but they will also face increased competition from the likes of Canada and New Zealand.

Victoria’s independent economic modelling can be viewed at https://bit.ly/2yIc43x.

"An exciting milestone for Victorian businesses today with the State Government backing the revised Trans Pacific Partnership, known as TPP-11. We see it as good news for businesses, with the deal providing greater access to goods than Australia’s existing free trade agreements, but many traps for the unwary." 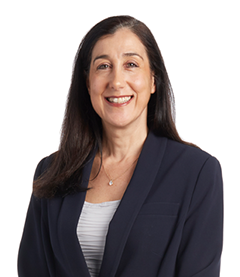