In January 2020, the Federal Court appointed Grant Thornton’s Anthony Beven and Tony Jonsson as the administrators of the Stolen Wages Settlement Distributions Scheme—a payment of $190 million by the Queensland Government to settle a class action by Aboriginal and Torres Strait Islander people—the Stolen Wages Class Action.

Mr Pearson claimed the wages were paid to the protector or superintendent on “trust”, or subject to a fiduciary duty to act with care and control of the money received. It was claimed the Queensland Government breached its duties as trustee, or its duties as a fiduciary, by failing to repay that money to the workers.

The Queensland Government agreed in 2019 to settle the Stolen Wages Class Action for $190 million.

Grant Thornton administered the payment of settlement monies to over 12,000 Aboriginal and Torres Strait Islander people and their families affected by the Stolen Wages practices. Our team of Kriol speakers worked with communities throughout Queensland to contact claimants and process their claims and payments.

Grant Thornton’s Indigenous Advisory team is led by Anthony Beven. Anthony is a legal practitioner with 20+ years’ experience as a senior statutory officeholder, including ten years as Registrar of Aboriginal and Torres Strait Islander Corporations and eight years as an ASIC Regional Commissioner. Anthony is experienced in native title, having held statutory powers under the Native Title Act 1993 and assisted many native title bodies with governance, dispute resolution and financial management. 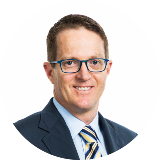 Tony has more than 20 years’ experience in business recovery and insolvency. He has substantial experience in both corporate and personal insolvency matters having worked with accounting firms in both Brisbane and Cairns. Tony has also acted as a Court-appointed Statutory Trustee and Receiver and Manager in relation to properties and businesses in matters of dispute.

Australia is rich with Aboriginal and Torres Strait Islander history and cultures that are some of the oldest in the world.

Corporations focused on supporting or promoting Aboriginal and Torres Strait Islander people, projects and communities around Australia are also unique in their structures, governance and operations. The opportunities to grow, as well as the challenges to manage, encompass a myriad of considerations: from regulatory requirements and government support grants, to also ensuring inter-generational and cultural synergies are addressed.