Keeping up with ASIC: Understanding your reporting obligations under the Corporations Act

The Australian corporate regulator, the Australian Securities and Investments Commission (ASIC) has recently written to over 1,000 proprietary companies enquiring whether their annual financial reports should’ve been prepared, audited and lodged with ASIC in accordance with the requirements of Corporations Act 2001.

Historically, ASIC has had no formal mechanism to identify whether a proprietary company is large or small and hence whether audited financial reports need to be lodged with ASIC. With the emergence of new technologies and data matching practices, ASIC now has the ability to identify those proprietary companies that may have missed the adjustment to their reporting requirements, and request that they do so.

These tests must be performed on a consolidated basis (even if a consolidated financial report is not prepared) and in accordance with all relevant Australian Accounting Standards.

Class order requirements are relatively complex --below is a list of three class orders relevant to preparation, audit and lodgement of financial reports by proprietary companies.

These are all required to be lodged prior to the end of the financial year in question.

Subject to any relief obtained under above-mentioned class orders, a large proprietary company is required to:

If you are (or have been) a ‘large’ proprietary company and have received an ASIC query recently about non-lodgement of audited financial reports, you will need to prepare the financial reports (not just for the current period but also for all preceding periods in which the company was large), appoint an auditor and lodge the audited financial statements with ASIC as a matter of priority.

If you believe you are (or have been) a ‘large’ proprietary company but have not complied with the financial report preparation, audit and lodgement requirements, we recommend taking a proactive position.

For advice on your reporting obligations or assistance throughout this process please get in touch with me or any one of the Grant Thornton Audit & Assurance team. 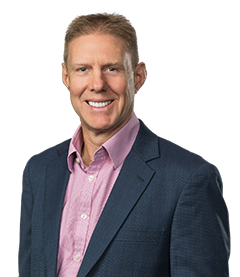