The floodlight on the shadow economy has dimmed

Australia is sitting on an untapped pot of money equivalent to the additional health investment the Australian Government has made since the start of the COVID-19 pandemic. That’s a cool $34 billion.

This lucrative untapped ‘shadow economy’ – defined as dishonest and criminal activities that take place outside the tax and regulatory systems – has been a long-standing issue for economies around the world. So long in fact, that it’s operated under numerous aliases, including ‘hidden’, ‘black’, ‘grey’, ‘informal’, ‘cash’ and ‘underground’.

At a time when Australia’s deficit is running close to $100 billion, this type of uncommitted funding would certainly come in handy, particularly as the Australian Government finalises its’ 2022-23 Federal Budget – the final one before the nation heads to the polls this year.

Getting a grip on a shapeless and faceless adversary

There’s a reason for the shadow economy’s name. It’s amorphous and evasive. According to the Organisation for Economic Co-operation and Development (OECD ), economies around the world ‘are seeing a growth in labour market crime, increased cross-border frauds, increasingly sophisticated use of technology within the shadow economy and a potential threat to the tax base through opportunities offered by the rapid growth of the sharing and gig economies’.

In 2016-17, the Australian Government turned a floodlight on the issue establishing the Black Economy Taskforce - comprising 20 Commonwealth agencies - to ‘develop an innovative, forward-looking, multi-pronged policy response to combat the black economy’.

The taskforce’s final report made 80 recommendations to restrict the activities that fuel the shadow economy to start recouping the estimated $50 billion circulating within it. The Australian Taxation Office (ATO) has since estimated the tax gap to be closer to $33.5 billion in 2018-19. The Australian Government responded to the report with a package of whole-of-government measures covering everything from taxation reform to law enforcement, procurement and industrial relations.

Three years on, the ATO estimated it had clawed back $2.6 billion by the end of June 2021 through ‘new and enhanced enforcement strategies’. These have included removing tax deductibility of non-compliant payments; expanding the Taxable Payments Reporting System into new industries; increasing the integrity of the Commonwealth procurement process; and collecting tobacco duties and taxes at the Australian border.

It’s a start, probably a good one given the impact of COVID-19, but likely well shy of the expectations of a government that had been on a savings blitz to pay down billions of dollars in debt accumulated during the Global Financial Crisis.

The pandemic sends the economy deep into the red

Economic imperatives and government priorities have changed dramatically since the release of the Black Economy Taskforce report and the government’s response. Debt and spending have simultaneously exploded, both reaching record highs in response to the COVID-19 pandemic. With more pressing issues on the Australian Government’s policy agenda it’s unlikely that the shadow economy will attract headline investment in the coming Federal Budget.

The government has also been apprehensive on one of the taskforce’s priority recommendations – mandating the payment of salary and wages into bank accounts to stamp out ‘under the table’ cash payments to businesses and individuals.

The Australian Government may be less keen to tackle issues that have broad voter implications after its attempts to introduce an economy-wide cash payment limit of $10,000, as recommended by the taskforce, failed. The Senate blocked the proposed ‘cash ban’ law, which intended to make it harder for large anonymous cash payments to be used to avoid tax and reporting obligations. The draft bill attracted a range of criticism, including the harshness of the proposed financial penalties and its potential to restrict people’s civil liberties.

The cashless economy isn’t here, yet

Australians still like the security of cash, and monthly figures released by the Reserve Bank of Australia (RBA) show that, following a lull, there has been an increase in the number and value of cash withdrawals during the last completed quarter (Dec 2021). However, long-term trend data shows our love for cash is waning. According to the RBA’s most recent triennial survey of consumer payments in 2019, Australians prefer using cards over cash: 67 percent versus 23 percent. In 2007, the results were reversed. Interestingly 22 percent of people surveyed in 2019 held no cash in their wallet, compared with eight percent in 2013. The next survey is due this year.

Cashless and contactless payments have certainly been embraced by businesses as part of national efforts to minimise the spread of COVID-19. In light of accelerated business uptake of cashless payment systems, could we see a revival of the ‘cash ban’ legislation, finetuned by new insights from COVID-19? This would appear unlikely – perhaps the economy has already voted with its COVID-averse feet.

With a Federal Election around the corner, the government’s stated focus is firmly on jobs growth, stimulating private sector investment, and building Australia’s sovereign capabilities to protect our national interests.

However, the shadow economy could again have its moment in the national spotlight. The Australian National Audit Office (ANAO) has foreshadowed a potential audit to ‘assess the effectiveness of Treasury and other entities in implementing the 2018 government response to the Black Economy Taskforce's 2017 report’ in its 2021-22 work program.

Until that report is completed the shadow economy is likely to remain exactly where it is, in the shadows, out of sight and out of mind. 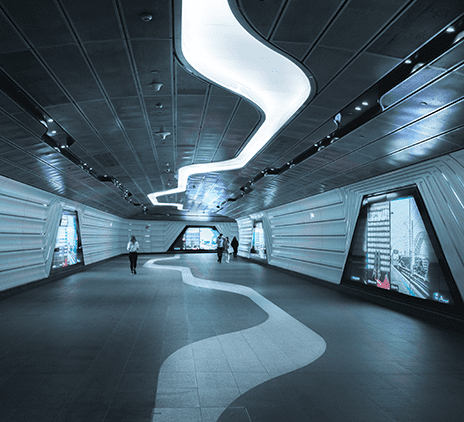 Learn more about how our Tax services can help you