Infrastructure in Western Australia – a strong and renewed focus on investment

By:
Craig Simon Follow on LinkedIn
The Western Australian Government has recently handed down its 2022-23 State Budget announcing a record $33.9 billion investment in infrastructure over the next four years.
Contents

The significant investment in infrastructure will not only create a strong pipeline of future economic activity but will shape the way we live and move around WA. Here we look at the Budget highlights and the state of the key processes and strategies driving this change.

The Budget, delivering the state’s fourth consecutive operating surplus, reinforced the Government’s commitment to the delivery of landmark infrastructure across Western Australia.

The commitment comes at a time when the state is in the final stages of releasing its first State Infrastructure Strategy, Foundations for a Stronger Tomorrow, with many of the Budget announcements aligning with key areas, some aspirational, identified in the Strategy.

The 2022-23 Western Australia Budget, handed down by Premier and Treasurer Mark McGowan, confirms the current Government’s focus on investing in infrastructure and supports the priority to diversify the economy in initiatives to drive medium to long-term growth in the state.

The key Budget highlights include:

Whilst these announcements are welcome and follow on from the release of the state’s first Infrastructure Strategy in July 2021 (draft for public comment) by Infrastructure WA, the budget noted the current capacity constraints in the construction sector.

These constraints, driven by global supply chain disruptions and ongoing labour pressures, are likely to lead to project cost increases and extension of delivery timeframes. With demand for infrastructure already high pre COVID-19, the pandemic impact on the global landscape has only increased demand for materials and labour. The market for skilled labour is fiercely competitive, with WA competing with our states and jurisdictions around the world, leading to associated cost escalations.

Concerns are likely to remain in the foreseeable future that the market capacity available in the construction sector will not be sufficient to deliver on the all the proposed projects. Focusing on improving efficiencies in pre-construction and delivery activities will be critical in closing the market capacity gap in the sector.
The $400m commitment for the Digital Capability Fund is an important step to drive more strategic and targeted investment in digital transformation, enabling the existing infrastructure asset base to be managed more efficiently and defer the need to continuously build costly new infrastructure. 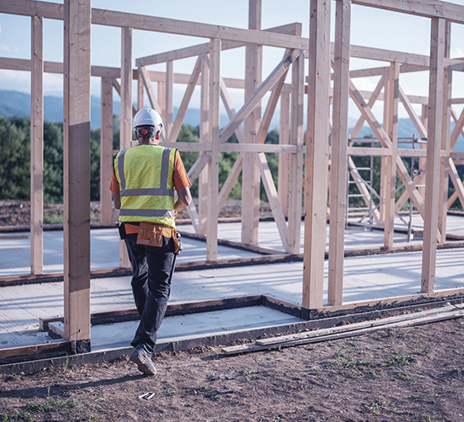 Progress and snapshot of the draft State Infrastructure Strategy

Infrastructure WA, the infrastructure body which was a key election commitment of the McGowan Government and was formed in July 2019, released its State Infrastructure Strategy Foundations for a Stronger Tomorrow, for public consultation in July 2021.

With public consultation closing after an eight-week period, the Strategy was submitted to the Premier. The Premier has subsequently exercised his right under the Infrastructure Western Australia 2019 Act and returned the Strategy to Infrastructure WA with feedback for further consideration.

In summary the Strategy:

The focus of the Strategy will be on:

Each fiscal year the Government invests significant capital into infrastructure projects, most of which will be in place for decades to come, even when the way society will operate in the future may not correlate to the present. Additionally, infrastructure is planned, delivered and managed by all tiers of government, private entities and the community at large. With so many stakeholders involved, infrastructure decision-making can be disjointed and lack coordination.

With public consultation closing after an eight-week period in 2021, the Strategy was submitted to the Premier. The Premier has subsequently exercised his right under the Infrastructure Western Australia 2019 Act and returned the Strategy to Infrastructure WA with feedback for further consideration.

It is envisaged the Strategy will be re-submitted to the Premier in July 2022 and within 28 days, tabled in Parliament.

The first summary assessment report has been published for the Geraldton Port Maximisation Project, whereby Government funding for $332m has been sought to complete the program of upgrade works.

A well-developed Strategy, based on robust evidence and with a long-term outlook, will highlight the needs and priorities of where funding is best spent to maximise value. What it will require is a shift in the way the public sector has traditionally delivered and maintained infrastructure.