Retirement planning is about providing confidence

Retirement is supposed to be the phase of life when things become simpler. But for many people managing their retirement income adds complexity to what ought to be a time of relaxation.

Mary — the mother of a former colleague — came to us a bit over a year ago worried about her retirement. Mary was 76 years old and didn’t have a partner. Her main concern was a very common one:

"Will my super and investments last as long as I need them to?"

As we started looking into her finances it became clear that the structure of her portfolio was adding to her anxiety. Mary had two main income sources: a Self-Managed Super Fund (SMSF) and an investment property.

SMSFs have become increasingly popular in recent years. For financially sophisticated families they allow a level of control that isn’t possible with traditional super. However, they can be time-consuming and complicated, with the very real risk of tax penalties if they’re not managed properly.  Incapacity also becomes a looming issue as SMSF trustees age.

Mary’s investment property was also demanding a lot of her time. Along with the regular maintenance that all landlords need to deal with, Mary had taken on a significant renovation — a big job for someone in their mid-seventies! The other issue with investment properties is their lack of liquidity. Mary was keen to spend time travelling in her retirement and was concerned about drawing on her superannuation too quickly given she couldn’t access her capital in the property.

The final problem was the payment structure for Mary’s management of Mary’s finances. Her former advisor had implemented an asset-based fee structure that delivered very little strategic advice at a very high cost. I instead suggested a goals-based approach, which would involve gaining a deep understanding of Mary’s financial and non-financial priorities and a fairer fixed ongoing fee.

After some initial discussions with Mary, we produced a comprehensive financial plan that took a holistic view of all her priorities and incorporated lifetime cash flow modelling. Through this process, we were able to identify the level of risk Mary needed to take to achieve these goals, as opposed to how much risk she was capable of taking.

We wound up her SMSF and sold her investment property. In their place, we created a low-cost superannuation structure and an investment portfolio with a risk profile that would allow Mary to live the life she saw for herself. The increased liquidity in her portfolio would allow her to have access to extra funds if she decided there was an overseas trip she just had to take.

But perhaps most importantly, Mary’s new structure simplified her life and allowed her to clearly see how she would fund all the things that were important to her well into the future.

The anxiety Mary had previously felt about her financial future was gone. She had a plan that took the pressure off within an easy-to-understand structure. Being able to provide that level of confidence and peace of mind is the essence of financial planning. 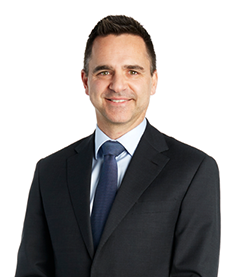