Post budget – pre-election – where to from here for the financial services sector?

The feeling in financial services is that the industry dodged a bullet this year, but good news was still hard to find. While much of the post-budget debate centred on superannuation reform, we look here at some reforms that may have a more profound impact on the Australian financial services industry.

The minimal investment in fintech in this year’s budget is a missed opportunity to boost economic growth and jobs in financial services that Australia needs in the wake of the resources boom. With some fintech companies faltering in New Zealand and the United States, we have the opportunity to lead the world. The federal government has passed up this opportunity while tightening the fintech regulatory net with increased funding for ASIC.

The extension of the small-business concessions to $10 million turnover was a welcome positive, increasing opportunities for start-ups and mid-sized businesses alike. However, the concession is of limited value until companies achieve profitability.

What does a stronger ASIC mean?

In order to combat misconduct in Australia’s financial services industry and bolster consumer confidence, the government will provide ongoing funding to ASIC for increased surveillance and enforcement.  Some $127.2 million will be provided, comprising $121.3 million over four years from 2016-17 and $5.9 million over three years from 2016-17, and will fund activities in areas such as financial advice, responsible lending, life insurance and breach reporting, and enhance ASIC’s data analytics and surveillance capabilities. The headline focus on multinational companies and larger financial services entities is intended to promote the ‘level playing field’ promised by the Financial System Inquiry and accelerate the implementation of reforms recommended by it.

However, ASIC’s continued focus on risk culture and its ongoing interest in regulating the fintech arena means that this may act as a brake on innovation. It would be a shame to see opportunities for innovation such as crowd-sourced equity funding and marketplace lending held back from delivering the jobs and growth Australia (and the government of the day from 3 July) need.

Making it easier to invest in Australia

As part of the Ten Year Enterprise Tax Plan, the government announced it will introduce a new tax and regulatory framework for two new types of collective investment vehicles (CIVs). From 1 July 2017 a new Corporate CIV will be introduced, followed by a limited partnership CIV for income years starting on or after 1 July 2018.
The combined impact of these changes is expected to enhance the international competitiveness of the Australian managed funds industry over the longer term by allowing fund managers to offer investment products that are commonly used overseas. The Australian trust structure is poorly understood by many Asian jurisdictions and represents an impediment to sourcing international capital flows. According to the government, Australian exports of funds management services represent less than 4% of total funds under management, highlighting a significant potential export growth industry.

The new CIVs will be required to meet similar eligibility criteria as managed investment trusts, such as being widely held and engaging in primarily passive investment. The proposed changes are welcomed and will help to stimulate investment offshore and to attract foreign investment into Australia.

The changes will also maximise the effectiveness of related Government initiatives aimed at increasing access to overseas markets, including changes to the taxation regime for Managed Investment structures and the Asia Region Funds Passport. (The Funds Passport is aimed at providing a multilateral agreed framework to facilitate the cross-border marketing of managed funds across participating economies in the Asian region.)

The proposed simplification of TOFA and the limiting of its application to the largest taxpayers is welcome on the basis that it reduces compliance costs and administrative burdens for small and mid-size financial institutions.

Further guidance regarding specific TOFA rules changes is still pending; however, the purpose of the proposed simplification will be greatly welcomed by mid-size businesses who have inadvertently been captured in the existing TOFA regime.

And a word on superannuation …

The depth of negative feedback on the government’s proposed reforms to super is not surprising, and it is likely that the 2016 election will be fought and won over superannuation. It is also likely the reforms announced will not eventuate in the form proposed. We encourage the government of the day to wind back the harsher reforms and provide a simpler, more coherent model for financial security for all Australians. 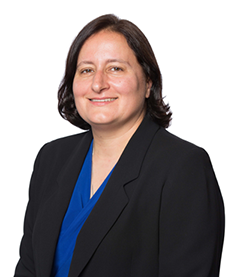