On Wednesday, February 7th the Productivity Commission released its draft report into Competition in the Australian Financial System. The report, commissioned by Federal Treasurer, Scott Morrison, highlighted a number of areas in which the Commission believes that banking competition could be improved to benefit consumers and the wider economy. Most of the recommendations were related to retail banking and the more controversial recommendations such as ’removing the four pillars policy’, or that the APRA intervention in reigning in the property investor market was ‘blunt’, received media coverage on the day the report was released.

Tucked in the detail of the report there was also, however, some good news for retailers. The Productivity Commission has recommended that the Reserve Bank of Australia in its role as regulator of the Card Payments System should move to ban interchange fees by mid-2019.

Interchange fees is the money that a merchant acquirer collects from a retailer to pay to the debit or credit card issuer when a transaction is completed. Interchange fees can be justified in countries moving from largely cash economies into electronic payments. But for mature card usage markets like Australia and New Zealand, interchange fees only fuel wrong pricing signals to customers and cost merchants dearly. It also provides a significant revenue stream to the card issuers with little incentive to work with merchants on innovation to provide a better cardholder experience.

Currently, in Australia, interchange can make up 70% to 80% of a retailer’s cost of accepting card payments. If implemented, this recommendation will provide retailers with a significant reduction in their current costs.

For a medium-sized retailer processing $200 million in card payments, the saving is likely to be more than $1 million in reduced fees.

Dhun Karai, lead Partner, Payments Advisory recommends retailers respond to the draft report by the due date of March 20th to advise the Commission that the banning of interchange fees would be the biggest boost to the ongoing viability of their business and the overall growth of mid-size retailers.

Dhun notes that whilst recent interchange reforms have helped reduce the costs for retailers, the opportunity to have these costs completely removed should be of interest to anyone who accepts card payments.

Full details of the report can be found at the Productivity Commissions website www.pc.gov.au or to learn more about how Grant Thornton can assist retailers with payments acceptance strategies and cost management please contact Dhun Karai. 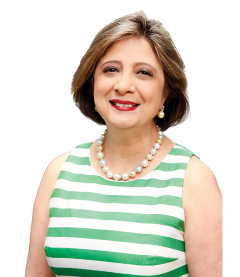