Investment opportunities
To support growth in their early years, technology companies must look to diverse methods to reduce costs and attract significant levels of capital investment. While the 2014 Federal Budget has garnered attention for the reduction in available research and development tax incentives and removal of various sources of funding for innovators, there remain a number of important incentives. It is perhaps timely to be reminded of some of the diverse sources of government support that remain available, albeit in some instances with reduced funding announced in the 2014 Federal Budget.

The R&D Tax Incentive
The change in Government has seen the continuation of the R&D tax incentive as a mechanism for supporting companies undertaking R&D, albeit soon to be at a reduced rate. Under this scheme, companies can potentially access refunds of up to 45 cents in the dollar (43.5 cents from 1 July 2014), with no cap on expenditure.

Many companies have identified and accessed the program and the refund is particularly important to the cash-flow of many small and medium technology enterprises. However, there remain companies who wrongly consider themselves as not undertaking qualifying R&D on the basis of an absence of laboratories and petri dishes. It is important to remember that this is not what is needed - companies need principally to demonstrate only that there is “experimentation” and the “creation of new knowledge”.

Companies claiming, or thinking about claiming R&D, should take note of the compliance continuum which has been implemented by AusIndustry (the government body responsible for delivery of the R&D tax incentive). We are seeing an increasing volume of reviews and companies should expect one sooner rather than later.

To ensure claims are robust, companies should consider:

Time spent at the outset on record-keeping and analysis is time well-spent as it leads to a smoother compliance process and greater level of comfort that the claim will either not be challenged or can be robustly defended.

The VGTIF has $12 million of funding available over a number of years, and is open for applications on a continuous basis. There is no upper limit on funding and there is no mandated requirement for matched funding, but contributions by the applicant may enhance the prospects of a successful application.

Screen Australia & Ministry for the Arts
The Australian Screen Production Incentive (ASPI) for the production and post-production of large-budget screen projects in Australia comprises 3 streams of funding:

The 2014 Federal Budget has proposed significant cuts to funding of Screen Australia and there is widespread concern regarding the impact this will have on home-grown film and television production.

Export Market Development Grants (EMDG)
Companies undertaking export promotion activities for products or services may be eligible for an Export Market Development Grant reimbursement of up to 50% of the expenses incurred on export promotion activities.  The scheme was recently granted an additional $50m in funding, demonstrating the Government’s commitment to supporting exporters.

Each case will be assessed on its merits. However, an Australian individual or a business is likely to qualify if the following criteria are met: 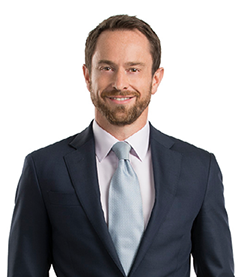