Treasury has released a document outlining the operational details for the Exploration Development Incentive (EDI) that applies from 1 July 2014, following the Coalition's proposal in September 2013 and subsequent industry consultation. While the document provides further guiding principles for the EDI, no draft legislation was issued with the latest media announcement.

The document addresses three key questions as summarised below:

1. Which explorers will be eligible?

Entity level: The document confirms the intention of the scheme is to provide an incentive for investment in junior mineral explorers. The 'no taxable income' test remains an element of the EDI eligibility criteria as does the voluntary participation by eligible entities.

An important development is that eligibility is restricted to 'Disclosing Entities' as defined in the Corporations Act 2001. In broad terms, a Disclosing Entity includes:

2. What expenditure will be eligible?

Activity level: Exploration expenditure incurred from 1 July 2014 may be eligible for the EDI where the activities satisfy certain criteria. The definition of eligible 'greenfields' exploration has been generally aligned with the current definition of exploration and prospecting in subparagraph 40-730(4)(a)(i) of the Income Tax Assessment Act 1997 as this is familiar to the industry.

In this context minerals will exclude petroleum and geothermal energy resources. Greenfield exploration is exploration of unexplored or incompletely explored areas directed at discovering new resources.

The document now specifically excludes the following from the definition of eligible expenditure:

As previously indicated through industry consultation, feasibility costs incurred in relation to the economic viability of newly discovered minerals are excluded from the proposed definition of 'greenfields exploration'. Costs incurred once the resource qualifies as being 'Joint Ore Reserves Committee (JORC) Code 2012' compliant at the 'inferred' or higher level are also ineligible.

3. How will the EDI be capped?

Shareholder level: Broadly, the incentive will allow entities with exploration expenditure and tax losses in the same income year to provide exploration credits to their shareholders.

Following industry consultation, the EDI will be capped by way of the ex-post modulation approach, which will determine the extent to which entities can provide the exploration credits to their shareholders. This will effectively restrict the eligible credits to the percentage resulting from the entity's share of eligible exploration expenditure compared to other companies wanting to pass the EDI onto their shareholders.

Under this approach, the entity notifies the Australian Taxation Office (ATO) following an income year, of the lesser of the eligible exploration expenditure for the year or the tax loss for the year. The entity will then reduce the loss they carry forward by the amount it chooses to give to shareholders.

The system is likely to work in a similar manner to the current imputation system, insofar as the exploration credits will be claimed by the individual shareholders in their income tax return for the year in which they receive notification of their individual entitlements. The credits should flow through trusts and partnerships, but foreign resident shareholders are unable to use them. Further, there will be a similar disincentive for entities that distribute excess exploration credits and possible penalties.

Importantly, entities will make an irrevocable choice as to the extent exploration credits are provided to shareholders; for example, to all shareholders or only to shareholdings of new issues from 1 July 2014. In this regard, shares issued from 1 July 2014 will need to be traded as a separate class of shares to comply with the corporations law.

While the document provides some concluding factors on eligible entities and the preferred modulation process, there are several important features of the EDI to be finalised, including:

We believe the cap is restrictive and is likely to create a significant and additional administrative burden to junior explorers to access the EDI. However, the EDI is a positive step in encouraging investment in Australian junior explorers who clearly need capital to initiate new exploration projects. We look forward to draft legislation to clarify the practical aspects of the incentive scheme. 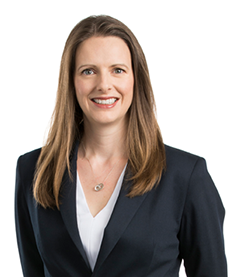