After the historic landslide state election win by the Labor Party, it remains to be seen what the priorities of the new Government will be to ensure the continued growth of the State.

As promised during the election campaign they have immediately ceased further work on the controversial Roe 8 Project, the first stage of the proposed $1.9 billion Perth Freight Link.

The Property Council has called for the new McGowan Government to focus on much-needed advances for the state including:

The Perth CBD office vacancy rate continues to rise off the back of declining demand and additional new office space coming on line. The Property Council’s latest Office Market Report found the vacancy rate rose from 21.8% to 22.5% to the six months ended January 2017, well above the national average vacancy rate of 10.5%.

With limited committed new construction in the pipeline and an increase in tenants moving into the city from suburban areas most property analysts believe the vacancy rate will stabilise over the remainder of this year. The slowing pipeline for new commercial developments has many owners looking at repositioning and redeveloping their buildings.

The amendments, based on recent feedback from key stakeholders, include;

Whilst the amendments are mainly administrative in nature, they ensure the DAP system increases its transparency and flexibility. 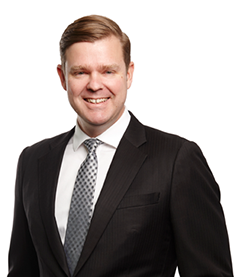