Increasing risks of foreign bribery - is your business ready?

Imagine this scenario of a company that you are a director or senior executive of:

Unbeknown to you, a distributor for your company is alleged to have paid bribes overseas to a local public official to secure sale contracts for your company. You and the company are now being prosecuted in Australia. Can you establish a statutory defence that your company had adequate systems in place to prevent the bribery?

The following penalties can apply to a foreign bribery offence:

Imprisonment for an individual up to 10 years and/or the greater $ value of:

In Australia, bribing a Foreign Public Official is an offence per Section 70.2 of the Criminal Code Act 1995 (the Act), and contains the following elements where a person:

We note the past recommendations for prohibiting facilitation payments is not included the Bill.  This means it will not be unlawful for companies to make facilitation payments, which in summary are payments to expedite a routine government service. However, they remain a high risk transaction which must be recorded correctly for accounting purposes and which under the UK Bribery Act 2010, are considered a bribe and unlawful.

What should companies do

Whilst the law reform will have more significance for companies with overseas operations, it will raise the bar for compliance and best practice for all companies. We provide the following checklist and forensic insight for company directors and senior executives:

This is our third client alert in a series on proposed law reforms, click to see the previous client alerts regarding Whistleblowing and Modern Slavery. 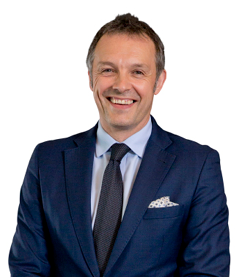