The new LAFH rules have received Royal Assent, so are now law effective from 1 October 2012.

The food component of a LAFH allowance can be treated as exempt from FBT for certain qualifying employees without any substantiation, if the allowance does not exceed the ATO’s published rates reduced by the statutory amounts representing usual food costs ($42 per week per adult and $21 per week per child).

The Determination has been released as a draft and proposes that the reasonable food rates published under the previous LAFH rules continue to apply through to 31 March 2013. The Determination then outlines how the ATO plans to determine reasonable amounts from 1 April 2013.

From 1 April 2013 the ATO is proposing to use three tiers of rates dependent on the employee’s level of salary, with the previous limit being the new maximum rate for employees travelling within Australia. Reasonable rates for employees living away from home in other countries have then been set using the same three tiers applied to cost groupings for different countries. Some overseas rates are higher and some are lower than the rates for Australia. The highest reasonable rate for a single employee in a highest cost group country such as Switzerland, Norway or Angola, is $601 per week which translates to a maximum exempt allowance of $559 per week.     The previous rates per TD 2012/5, which will continue to apply until 31 March 2013 for some common family groupings are:

The new rates proposed to apply from 1 April 2013 for these family groupings are:

The proposed three tier structure of course adds an extra level of compliance for employers, and potentially creates confusion in relation to whether packaged benefits should be treated as part of the employee’s “salary” for these purposes (the Draft Determination only refers to “salary”).

Having three tiers has also reduced the size of the exempt allowances that can be provided to lower paid employees without substantiation.

Another important issue is faced by employers operating in high cost areas within Australia. Previously, employers could record details once for a representative period and use this information to support higher reasonable exempt food amounts for all their employees in the area. But the new LAFHA rules require full substantiation of food costs for the entire year where these exceed the ATO’s published rates, in order to be exempt from FBT. This could be particularly onerous for employees on lower incomes in high cost areas after 31 March 2013, if the compensation they receive and spend significantly exceeds the ATO’s published rates.

Submissions in relation to the draft Determination are due by 26 October 2012. If you would like to contribute to a submission being lodged by Grant Thornton, please send your comments to Elizabeth Lucas using the contact details below. We would particularly be interested in specific evidence relating to expenditure incurred by employees on different salary levels and expenditure incurred in high cost areas in Australia that might exceed the published rates. 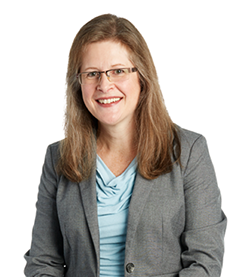