For those in the business of innovating, ensuring sufficient funding is available has always been a concern.

Even though the understanding of taxation support for R&D is very high within the Life Sciences and Biotechnology sphere in Australia, significant opportunities and complexities still exist. Therefore companies can make major gains by taking advantage of this support and streamlining the process they do this through.

Claim for R&D activities you need to undertake offshore
Expenditure incurred outside of Australia is only eligible if an Advance Finding, lodged before the end of the financial year in which the activity is undertaken, is obtained.   Advance Findings do take time and require a rigorous understanding of the R&D Tax Incentive process and the provisions involved. Companies routinely get caught out by leaving the application too late and underestimating the procedural requirements involved.

Foreign owned R&D
As noted above the policy driver for R&D is to encourage R&D to be undertaken in Australia.  It is recognised that sometimes Australian companies undertake (and indeed are compensated for) R&D on behalf of a foreign related company. Depending on the country in which the foreign company is located, and the agreements in place between the entities, it is possible to claim the R&D being done in Australia at the tax offset rates already mentioned.

Get the supporting documentation and cost identification processes right
Making sure the supporting documentation for R&D Tax Incentive claims are maintained and systems for identifying eligible R&D expenditure are as efficient as possible saves time and protects the eligibility of any R&D Tax Incentive claim.  Many companies unnecessarily take on too much of this burden, putting undue pressure on key research staff and risking the eligibility of the claim. Good support and advice is affordable and a great investment to streamline the process.

Unfortunately, Australia continues to lag global progress in supporting companies to locate their IP in Australia. ‘Patent-box’ provisions are increasingly being used around the world to ensure that companies that develop great new technology locally keep it onshore by providing tax breaks on revenue generated from such IP. Not only does this contribute to manufacturing being undertaken locally but it also ensures companies are not put in a ‘second-best’ position compared to companies locating their IP in tax preferential jurisdictions. There has certainly been a push the biotech community for such provisions be developed for Australia, however this has yet to gain traction with the Government.

In addition, some global jurisdictions offer excellent support for developers and early phase developmental manufacturing, and so Life Science and Biotechnology companies in the R&D phase should be giving serious thought to where and how they how they want to commercialise their product globally:  which global markets will they be going into and where will they want to undertake their manufacturing and full-scale production development? All of these considerations will impact where the ultimate technology and IP will be located.

As part of the recent modernisation of Australia’s transfer pricing rules, new provisions were introduced replacing the old transfer pricing regime. The new provisions contain special rules placing greater emphasis on record keeping and documentation, and create a significant administration burden on companies. Recognising this, the ATO has provided for a range of procedural safe-harbours that reduce the documentation burden in specific cases. However, Life Science and Biotechnology companies which commonly hold IP are broadly excluded from the safe-harbour provisions where there have related party dealings.

Specifically, the safe-harbour for businesses with a turnover less than $25 million will not be available where a company has related-party dealings involving royalties, licence fees or research and development arrangements.

This means that Life Science and Biotechnology companies looking to global markets are very likely to be fully exposed to the full documentation requirements of the new transfer pricing provisions, making early planning critical to manage global manufacture, distribution and ongoing development, research and commercialisation.

Where to from here for the R&D tax incentive?

The ATO and AusIndustry have signalled that they are looking more closely into arrangements related to R&D and the types of claims being made. Of particular interest to the ATO is the application of the “aggregate turnover” rules in light of company ownership structures. Companies should be aware of the grouping rules which apply to this test.

The most recent legislative change for R&D has been the introduction of a cap on the expenditure which can be subject to the tax offset each financial year. The cap is $100 million, and any amounts above this receive the R&D tax offset at the corporate tax rate. It is expected that this will impact directly only a very, very small number of companies. However, what is sometimes forgotten is the effect that this may have on companies that provide R&D services to these large R&D companies.

Companies have been public about coming to Australia because of the R&D tax incentive. If companies are unable to access the R&D tax incentive, they will likely look overseas for their projects particularly without further incentives to locate their IP in Australia. This will continue to have a limiting effect on the “spillover benefits” of the R&D Tax Incentive; the increased expertise and knowledge base in Australia, to the benefit of other local innovators.

Although the rate of offset has not been cut, it appears that this is still not off the table, with the Government still seeking to balance a budget and cut costs.  We wait to see what the May Budget for the 2016 year brings. 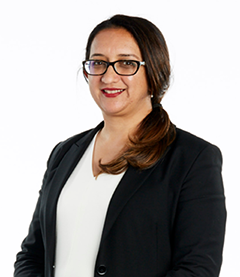