Improving the Federation model and ultimately Australia’s overall fiscal position and productivity were the key drivers for discussion at the recent Australian Leaders’ Retreat held in Sydney on 22 July 2015.

The historic retreat was attended by the Prime Minister, First Ministers from each State and Territory, and the President of the Australian Local Government Association. The discussions were the first steps towards major reform of Australia’s Federation.

The retreat featured ambitious discussion around the ways in which the Commonwealth and State Governments can cooperate to make major improvements in the delivery of services to all Australians with unanimous agreement to focus reform on health, education, infrastructure and housing.

It was agreed the key to providing the services Australians aspire to, was to create a more productive and faster growing economy, where Government taxation revenues are fair and efficient. All leaders agreed to keep Commonwealth and State tax changes on the table including the GST and the Medicare levy.

The scale of the challenges facing the nation are evident and the community, together with industry should be encouraged to join in to what is an important national discussion. This was the first of what will hopefully be a number of steps towards implementing, what some people have described, is an ambitious but necessary reform agenda.

The next meeting of COAG is due to be held before the end of the 2015 year where leaders will consider more developed options to progress the reform directions agreed.

The Council on Federal Financial Relations (CFFR - consisting of the State Treasurers), held a Tax Reform Workshop in Canberra on 21 August, 2015. The workshop was held to discuss the evolving economic and fiscal outlook, at the Commonwealth and state levels, and the implications of this for tax reform.

At this meeting the Treasurers agreed:

The feedback was that it was a productive workshop in relation to taxation reform and there was a unanimous commitment among Treasurers to keep all options on the table and to continue to work on plans for a better tax system.

The Commonwealth will further develop the options discussed by the Treasurers, including packages involving changes to the Medicare levy or a change to the GST and will report back to the states and territories on the options for tax reform at the next scheduled CFFR meeting in October. 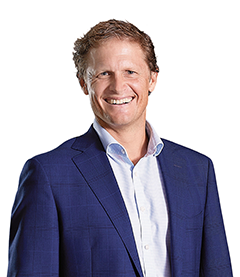