Investment activity in the Adelaide industrial market has remained strong in the first half of the financial year, with the trend expected to continue. There has been an increased interest in institutional grade investment in the Adelaide market as it is still offering higher returns, with lower inner industrial markets yielding around 7%, contrary to the Eastern States, which have seen a rapid tightening of yields in comparable areas.

SA’s Executive Director of the Property Council Daniel Gannon suggests out state’s policy makers need to create every possible competitive advantage to ensure that South Australia is the country’s most attractive investment destination, not only in the residential market but the property landscape generally.

Leasing activity has been slow over the past 12 months but an upturn is expected in the next 2 years, with a higher volume of leases up for expiry. January 2017 saw an estimated vacancy level of 16.2% - the highest since July 1999. These levels have caused landlords to drop rents and increase incentives, giving tenants opportunities to affordably move from lower to higher quality accommodation. This has resulted in the prime market outperforming the secondary office market considerably.

Adelaide is facing some challenges in this area without doubt.

A new $150 million development on the southern edge of Adelaide’s CBD is being pitched at the ‘downsizer’ rather than investors. This is a trend we can anticipate will progress quickly, as Australia’s population ages. South Australia in particular, with low population growth rate, high levels of ageing population and ‘brain drain’ (according to ABS data - almost 6,500 younger people moved interstate for the 12 months to September 2016) can expect to see more people looking to move to a smaller dwelling or different location in the ‘near’ future.

Downsizers are anticipated to target two and three bedroom apartments, particularly those with an extra bedroom for guests, as well as properties with open floor plans, extra car spaces and storage facilities. The major challenge for downsizers currently is the lack of suitable properties. An absence of properties designed for this market could have big implications for the inner suburbs. 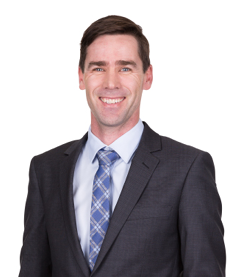