The ATO recently released a draft GST determination targeting credit card providers that seeks to alter some key principles of how the ATO permits GST recovery.

This is somewhat different to the GST recovery approach proposed under GSTD 2018/D1, where the ATO seeks to exclude elements where they do not consider there is a ‘relevant connection’ between the expense and supplies of credit card services to customers. The ATO considers that GST incurred on an expense is not to be recovered as a refund merely because those costs may also serve a ‘broader commercial objective.’

The proposed GSTD 2018/D1 in its current form represents a departure from commercial principles of management accounting and significantly limits the GST credits available to businesses caught by the proposed changes.

The ATO intends to undertake further industry consultation before releasing a final determination on this issue later this year. Any changes contained in the final determination will apply prospectively and will not affect the historical position taken by credit card issuing businesses. This presents an opportunity for those businesses to review existing apportionment methodologies which could be revised to generate GST refunds, prior to the GST determination coming into force. Typically we would expect the GST apportionment rate currently available in a credit card business to exceed the ATO’s safe harbour rate for mutual banking.

The ATO is seeking submissions on the GSTD until 15 February 2019.

The text of the draft determination can be found here.

Should you have any queries on how GSTD 2018/D1 may impact you, or if you are interested in reviewing your existing GST recovery position, please contact: 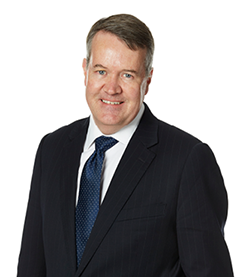