Yesterday, Queensland’s Treasurer the Hon. Cameron Dick handed down his first budget as Treasurer. The budget focuses primarily on health, education and infrastructure spend, with majority of business support initiatives and grants already launched and made available earlier this year.

Building on a pre-budget spending blitz, this budget provides funding to implement election promises under the Unite and Recover Plan, a package of more than $7 billion for initiatives such as the Renewable Energy Fund, Backing Queensland Business Investment Fund, and payroll tax relief.

Mr Dick revealed that Queensland’s total gross debt is forecast to hit $122b by 2022-23, and about $130b by 2023-24, with a deficit of $8.63b expected in the 2020-21 financial year, due to reduce to $1.39b by 2023-24. According to the Australian Bureau of Statistics, the unemployment rate in Queensland is 7.7 per cent compared to the national figure of 7 per cent, but could be revised nationally in the December Mid-Year Economic and Fiscal Outlook.

The Queensland Budget contains no new or increased taxes and the Queensland Government claims that Queensland continues to remain a low-tax state. However, Queensland has one of the highest stamp duty rates, one of the broadest bases for foreign surcharges and continues to impose duty on transfers of businesses. It is somewhat disappointing that the Government did not use the Budget to legislate the previously announced tax concession for small business restructures (see our article here). From what we are seeing, taxpayers are somewhat nervous in implementing restructures without certainty that they will be found to be exempt.

The Budget also sets out the revenue relief initiatives that were announced and delivered by the Queensland Government with the aim of providing economic support to businesses, households and employers, following the effects of COVID-19, being:

The Budget highlighted a range of payroll tax measures which the Queensland Government introduced during the COVID-19 pandemic to assist businesses and employers, including:

The Queensland Government implemented land tax concessions for eligible properties during the COVID-19 pandemic. These include:

The Queensland Government provided gaming tax relief for Queensland pubs and clubs impacted by the effects of COVID-19, including a deferral of March 2020 gaming machines taxes until June 2021. In addition, lotteries taxes for July to December 2020 could be deferred, to be paid in full before 1 April 2021, including by instalments due before that date. 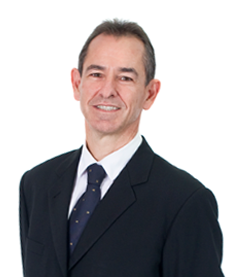